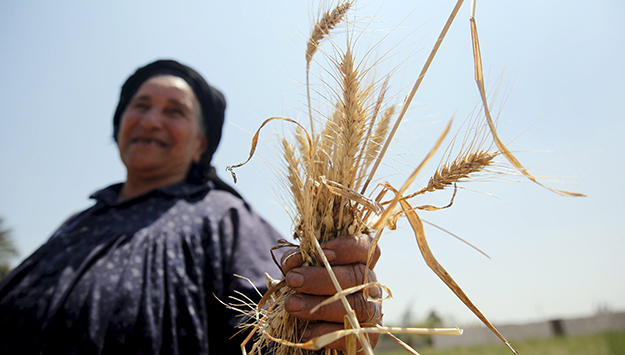 In fact, even women who do start a company face structural disadvantages.


To close this gap, the entrepreneurship ecosystem needs more women. One data point makes this clear: venture firms with one or more female partners are twice as likely to invest in a start-up which has women in the management team, and three times more likely to invest in a company with a female CEO.


This is also true for female founders. Female-owned firms also employ a higher percentage of women in managerial roles, helping women to climb up the ladder, compared to those who are only hired for lower, unskilled positions. And women-led businesses are hiring more workers in general. In Jordan, Palestine, Saudi Arabia and Egypt, firms run by women are growing their workforces at higher rates than those run by men. It believes that in order to increase the number of female tech entrepreneurs, you need to build networks of women that can help support one another to grow and thrive.

Women from the Arab World need to fight. The struggles they face in society, in their communities and sometimes even in their families create an amazing resilience that makes these women incredible entrepreneurs.

If given the right platform, these women can become the business owners and leaders for the future of the region. Digital represents a key opportunity for women in the region to solve technical and societal challenges. Evidence points to this being the case. The digital economy is also opening up opportunities for women looking to get back into the job market.

With a large market potential, a low amount of resources needed to get started, and productivity efficiencies enabled by technology, digital opens up a whole new world of opportunities and possibilities. But there is still a long way to go. The digital gender gap in Arab states remains at Women are still a minority across the entire start-up ecosystem. But as more women throughout the Arab World start their own businesses, break down gender barriers and push through the glass ceiling, these pioneers become an example for other women.

The original version of this article first appeared on World Economic Forum. It sampled about 15 full-time workers from each firm covered by the ICS recall survey. About 70 percent of the ICS sample is made up of small and medium firms, about 85 percent of which are owned by individuals or families. Large firms employing more than workers account for about 30 percent of the sample. In about 35 percent of the sample, a woman is a main shareholder; in 15 percent of these firms, women own the majority of the firm.

Bibliographic data for series maintained by Thomas Breineder. This e-mail address is bad, please contact. Is your work missing from RePEc? Here is how to contribute. Questions or problems?