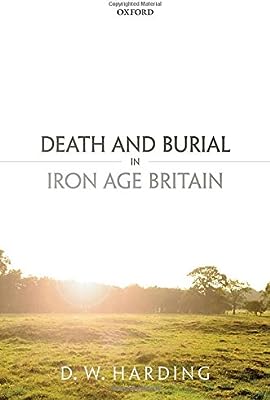 In addition to the London-based events described above, the project team will give talks at museums across Britain within our six case study areas. These will be regionally focused in their subject matter, ensuring that the national significance of each region's archaeology is highlighted. Teachers and school children Prehistoric archaeology has recently become part of the National Curriculum in England DfE and forms an important element of primary teaching in Scotland and Wales.

The provision to schools of engaging information about the prehistoric past is currently extremely limited, and is thus be seen by heritage agencies as a 'critical priority' English Heritage ; the issue is also currently under review by the Prehistoric Society. In creating six information packs, focusing on a prominent kind of burial in our case study regions, we will provide a valuable new resource for teachers. Each pack will include artistic visualisations of three key prehistoric burials, created by the archaeological artist Aaron Watson. A poetry project - inspired by prehistoric burial and grave goods - targeted at children will also be included, featuring three new poems by Michael Rosen, the internationally renowned children's poet.

These will both bring the past to life and ensure wide relevance right across the school curriculum. The synthesised information made available in our database will have potential to inform practice at a regional level, and to guide future policy documents and research strategies locally and nationally. We will design our database in collaboration with the HERs in our case study regions so that we are able to feed enhanced information directly back to them.

Finds-related data are currently very variably recorded within HERs; this project will change this in one key area of especial interest. The general public interested in prehistoric Britain In addition to the public events set out above, the project website will make our research widely available to all. It will be written in accessible language and targeted primarily at a non-academic audience, featuring an interactive Google Map which allows people to find out about burials anywhere in our case study areas.

Cremation in Wales, however, seems to represent a continuing, if sporadic, tradition from the Late Bronze Age, and not a reintroduction from the continent, as is claimed for southern England. In the late Iron Age in Wales, as elsewhere in Britain, burials become a little more visible in the archaeological record with several types of burial rite recognised. In addition to cremation and possible excarnation, crouched burials have been found at Merthyr Mawr, Glamorgan and at Plas Gogerddan near Aberystwyth, Ceredigion Murphy and Williams A crouched adult burial and the skeletons of three crushed and twisted infants a perinatal infant, a month old child and a 3 year old child , all close to the Devil's Quoit standing stone at Stackpole in Pembrokeshire, represent possible evidence of human sacrifice, or at least something more than simple disposal of the dead.

The use, or reuse, of early prehistoric funerary and ritual sites, such as standing stones and burial mounds, for Iron Age burial is well attested across northern and western Britain. If excarnation was a common rite in the early and mid-Iron Age in Wales, then it is entirely possible that many other Neolithic and Bronze Age standing stones and burial mounds were used for depositing dispersed bone, but the evidence does not survive.

Most other known burials in Wales are in or close to hillforts and other settlements, following the tradition common elsewhere in Britain. Overall, burial evidence from Wales indicates a greater focus on the individual in the Late Iron Age than earlier in the period Whimster , with interments often associated with brooches, mirrors, swords and other artefacts marking the status of the person. Iron and bronze objects would rarely have been thrown away. Instead the metal would have been recycled if possible. Wooden objects and building material would have been burnt as fuel - and even broken pots have their uses.


If things were thrown away, evidence shows they would have been thrown on to middens - rubbish heaps - along with manure, food waste and, possibly, human excrement. Wood, cloth, metal and most food remains would rust, decay and rot. Animal bones might be chewed and gnawed by dogs. Rain, frost and the trampling of farm animals would destroy even potsherds. Rubbish middens were also an important resource, providing fertiliser to spread on the fields.

Rarely then, in the normal processes of discarding rubbish, would objects have been deliberately buried in the ground to dispose of them. Cooking pots with remains of burnt food around the rims. In rare and exceptional circumstances we do find well preserved sites where the floors of houses, the farmyard and middens have survived, but this is unusual. On typical Iron Age sites only the sub-soil features survive, and the finds recovered all come from the soils and deposits that fill the foundation holes, gullies and ditches excavated.

Many have probably ended up in these features by accident. Plant remains, important evidence for crops and food, have survived when seeds and the hard parts of plants were accidentally scorched and carbonized in fires. These tiny fragments then entered the earthen floors and mud of the yard which then filled the empty foundation holes or eroded into ditches. Other finds entered the archaeological record in similar ways. Broken potsherds and animal bones would have been plentiful in the mud of the yard and in the middens.

Yard mud and rubbish dumps might have naturally eroded, or been used to deliberately fill in open holes, pits and ditches, or recycled as building materials. Large broken potsherds could be reused to make a new hearth, or used as packing to hold a new timber post upright in its foundations.

How did these objects get there, to be found in modern times? Had they been accidentally lost or were they deliberately hidden or thrown away?

In those parts of Britain that buried their dead in graves, objects could be placed with the dead person in the ground. The deliberate burial of objects did happen in the Iron Age.

In those parts of Britain that buried their dead in graves, objects were sometimes placed with the dead person in the ground. Objects such as the Kirkburn Sword, almost every decorated mirror that has been found, 'buckets' hardly an appropriate description for such complex and expensive wooden containers , pots and jewellery have all been excavated from graves in south-east England, East Yorkshire, Dorset and Cornwall. However, the burial of the dead was not usual for most Iron Age communities in Britain or Ireland; in most areas graves are either extremely rare or completely absent.

It is only because of the religious beliefs and rituals of particular Iron Age groups - which caused some dead people to be buried in graves, and demanded that these dead should be clothed and furnished with other objects - that some rare Iron Age artefacts have survived at all. Rivers, lakes and bogs in essence, wet places were often the site of the deposit of weapons and cauldrons. While in the past it was sometimes thought that these objects had been accidentally dropped or lost in battle, the consistent patterns across Europe of particular types of objects almost always only being found in wet places strongly suggests that this was part of religious activity.

Watery places appear, then, to have been seen as an appropriate place to make offerings to gods, spirits or the dead. These offerings could include animals and even humans, such as the man known as the Lindow Man, found at Lindow Moss, Cheshire, who is now in the British Museum.